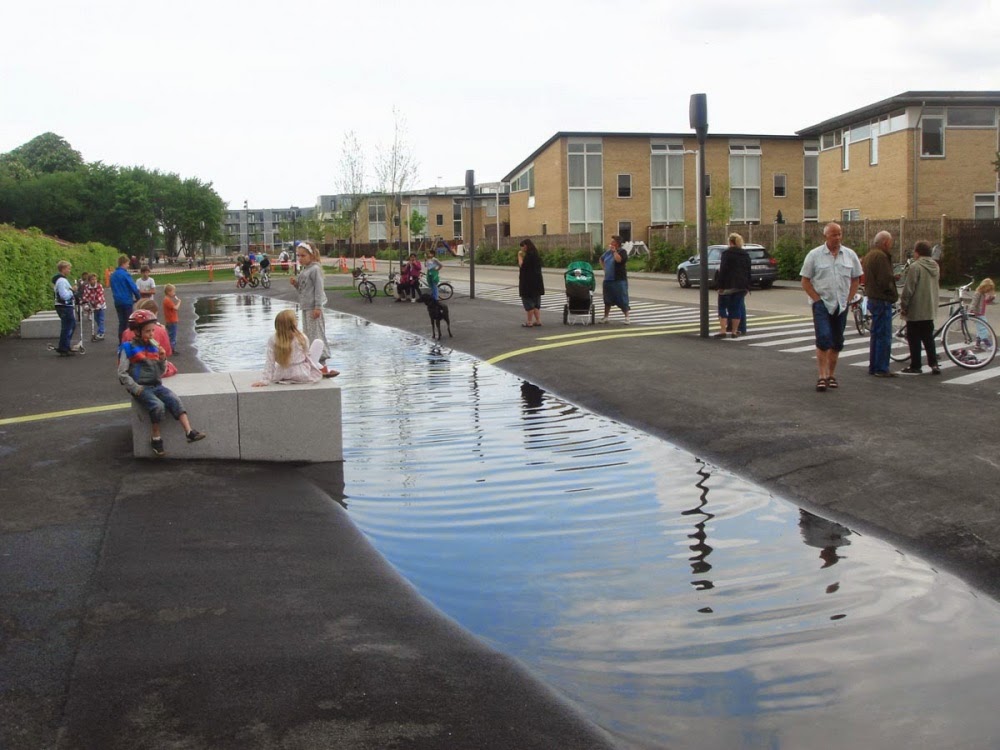 In 2005 the Vallensbæk Town Council conceived of a strategy named Torvevej (Route of Squares), in an attempt to link together the three parts of the municipality by means of a sequence of interconnected public spaces. One of these was the unused strip in the northern sector, which was incorporated into an urban plan with the idea that some day it could be used to compensate for the absence of meeting places in the neighbourhood. The formal heterogeneity of the adjoining spaces and the social and economic diversity of their inhabitants gave rise to the idea that, once it was transformed, the space could fulfil the function of a suture and foster interaction among strangers. 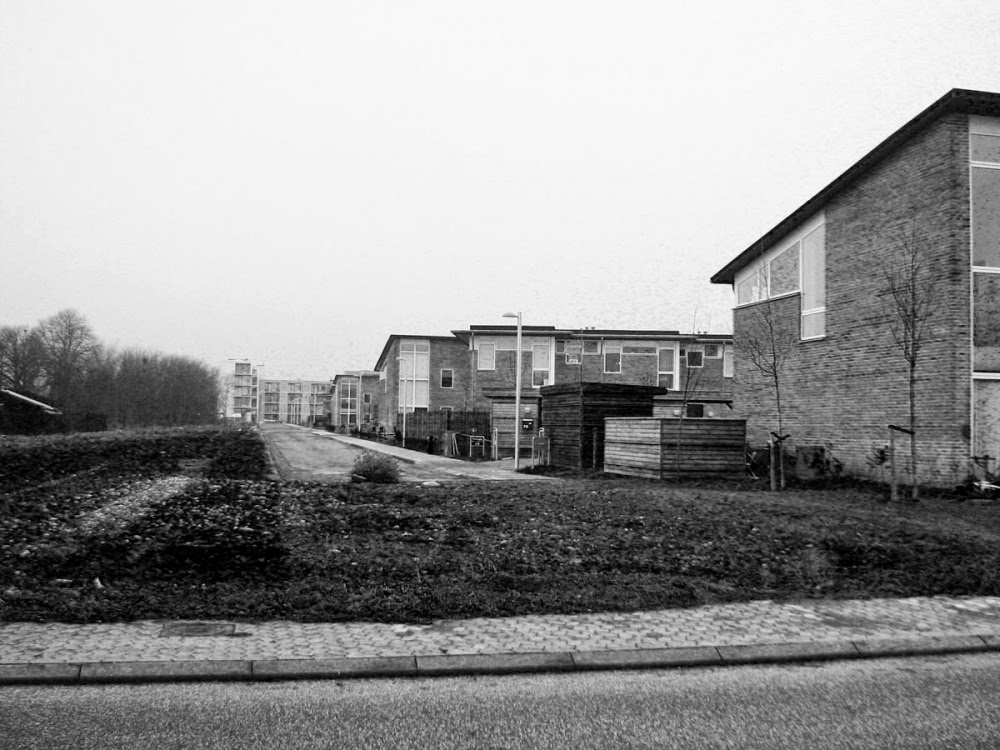 The previously unused strip of land had been transformed into a promenade with gardens for pedestrians and cyclists. The earthmoving work carried out as part of the project revealed the foundations of an old farm and garden to which the trees of the pre-existing grove had belonged. 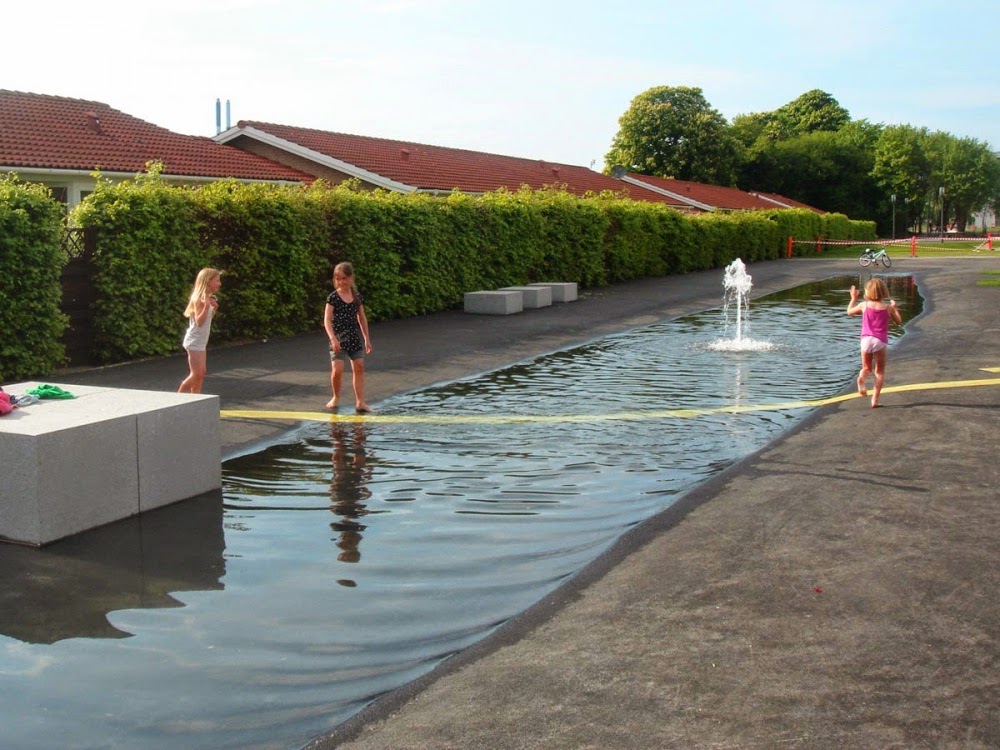 The southern section, which has a channel of water running through a good part of it, is made up of a series of sections of different textures, for example grass, gravel, asphalt or paving. Solid stone block benches have been introduced in some places. The end nearer to the forest has been furnished with physical fitness equipment for open-air exercise and, next to it, three sandy areas are an invitation to play petanque. In the northern section, next to the large field, the texture is harder and the mainly asphalt surface is good for skating, bike riding, skateboarding, and playing basketball around a goal post installed with this in mind. 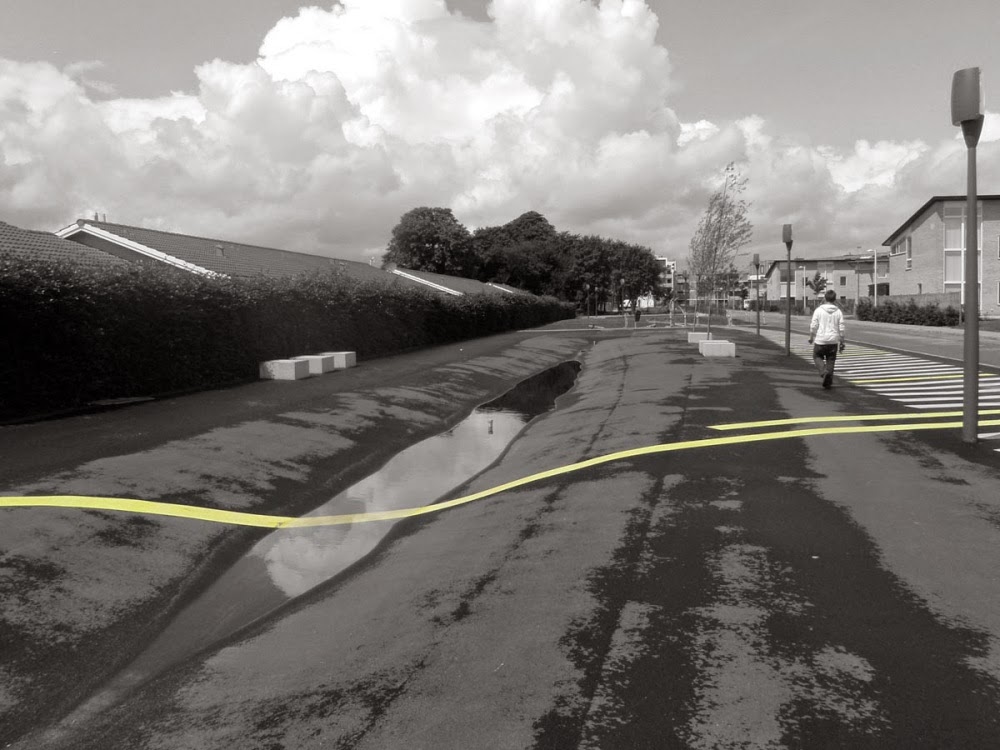 A pattern of parallel lines reminiscent of a zebra crossing traces a path that organises the whole promenade from one end to the other. The constancy of its striped motif brings an iconic charge to the longitudinal pedestrian route, endowing the space with uniformity.

It has founded a place for people to stay, a meeting point for residents of different ages, origins and social conditions who have discovered the collective identity of their neighborhood. It has achieved this by means of a design that is informal, cheerful and attentive to the many uses it might offer to local residents. Also, thanks to the distinguishing mark bestowed by the image of its “zebra crossing”, which contrasts with the dullness of a road network that lacks any kind of special attribute.