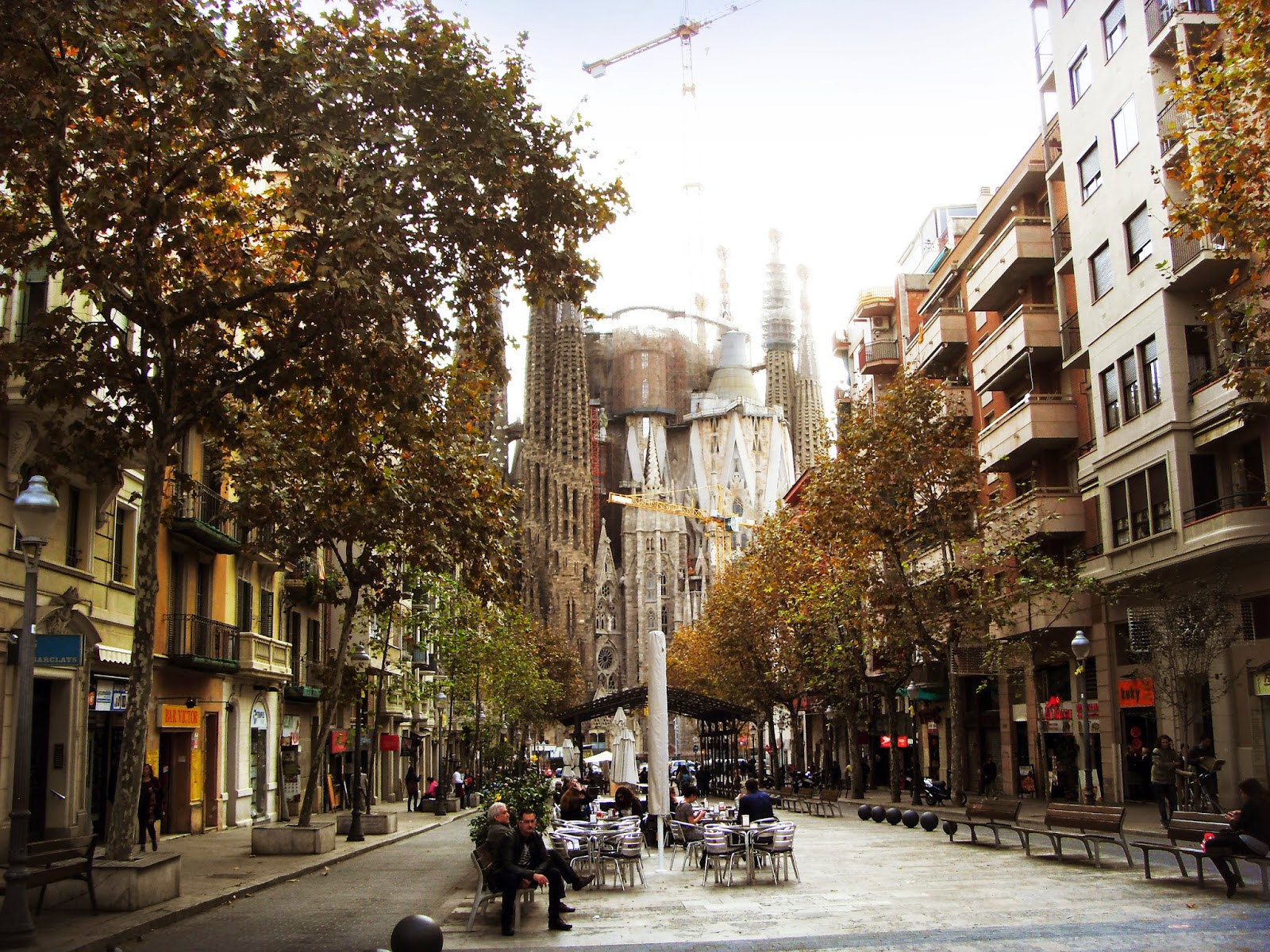 As a small diagonal that breaks the perfect grid of the Eixample, Gaudi Avenue proudly exhibits from the Sagrada Familia to the Hospital de Sant Pau. This large pedestrian street blends two types of modernism, with buildings by architects Antoni Gaudí and Lluís Domènech i Montaner. The street starts out at the foot of the facade of the Nativity and stretches as far ar the entrance to St Paul's Hospital. 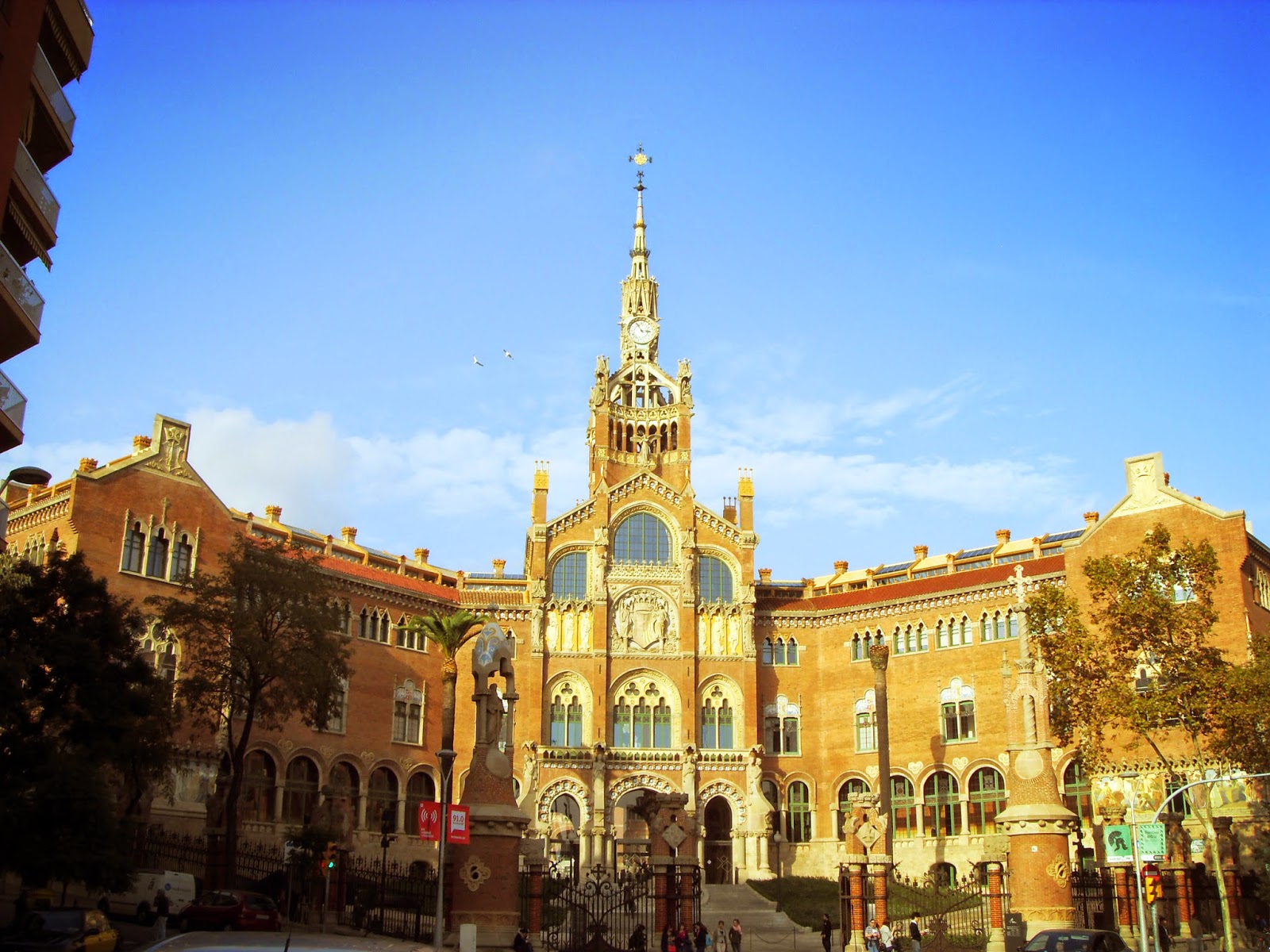 The start of construction of the new Hospital de la Santa Creu i Sant Pau in 1909 marked the opening of a new street that would communicate the health institution with the Sagrada Familia. The Av.Gaudi Limited by the church of Gaudi and the Modernist set of Domenech i Muntaner. This avenue is a semi-pedestrian walkway full of life. While the streets running through it, this artery has all the elements that give it a character of wadi: limited vehicle traffic, preserves either side terraces and many shops that will delight lovers of trades neighborhood. 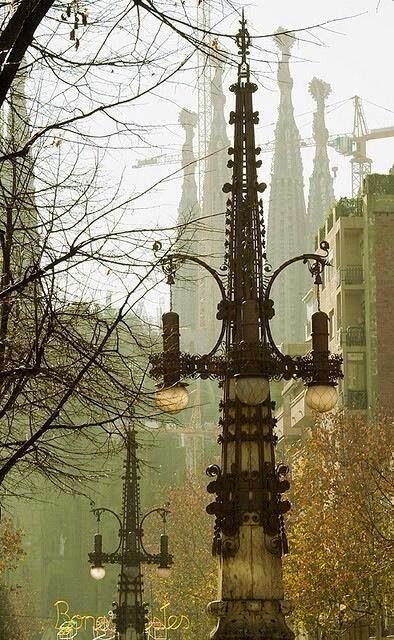 It is a lively street that also highlights the presence of a modernist lamps that give a touch of elegance and unique style. The streetlights are the work of Pere Falqués and were placed on Avenida Gaudí in 1985, after spending years mucous locked in a warehouse. Its original location was the intersection of Paseo de Gracia and Avenida Diagonal. From there they were removed in 1957, as their presence hindered the traffic.