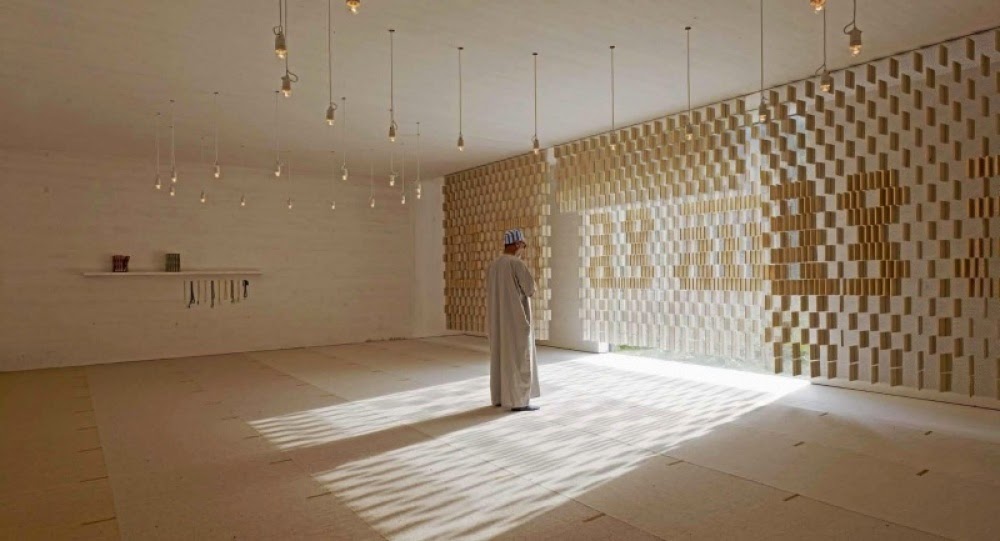 In 2004, several communities of Muslim immigrants in the region organised a joint initiative to request a place where they could bury their dead in accordance with Islamic rites in the land where they have settled. The project of the first such cemetery in Vorarlberg gradually took shape in a process that took nine years, in the course of which more than two million euros were collected. The initiative, with leading figures from the Muslim community and expert religious consultants among its participants, had the support of the Altach Town Council. 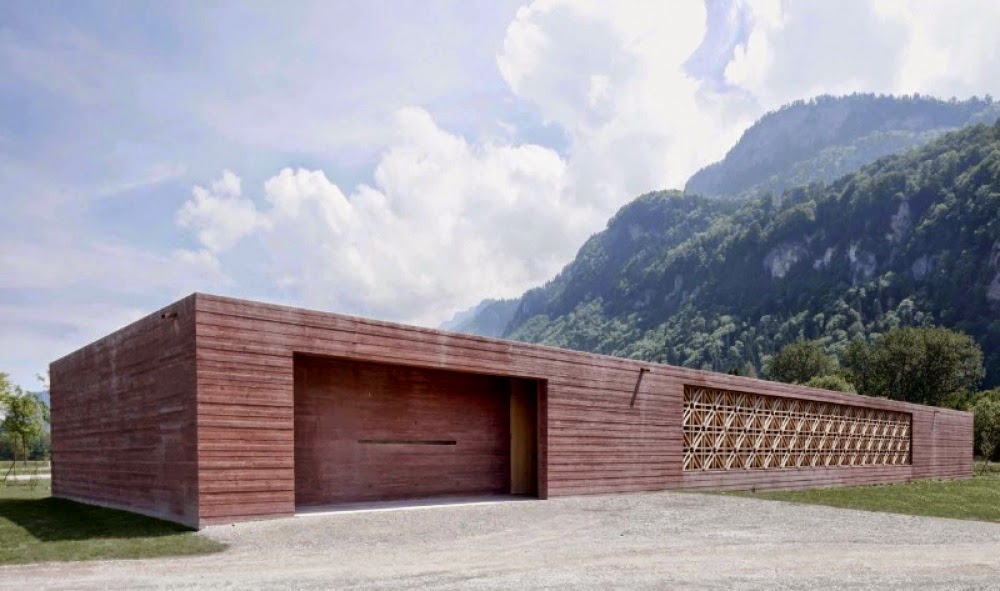 The new cemetery occupies an area of suburban land of more than eight thousand square metres located on the south-eastern edge of Altach. It is organised around six spaces with parallel walls which, always oriented towards Mecca, are staggered in their layout so that they are aligned with the access road. Five of these spaces are unroofed burial enclosures, while the sixth, westernmost space is roofed in order to provide facilities for ablution rites, congregation and prayer. The main entrance façade, which also closes off the courtyard and the Musallah, features oak latticework, thus combining the local woodcraft tradition with the abstract geometry of Islamic art. This is the work of a Sarajevo-born Muslim artist who was also contracted to design the Mihrab, a niche in the prayer space that indicates the Qibla, the direction of the Kaaba in Mecca, and hence where Muslims should face when praying. 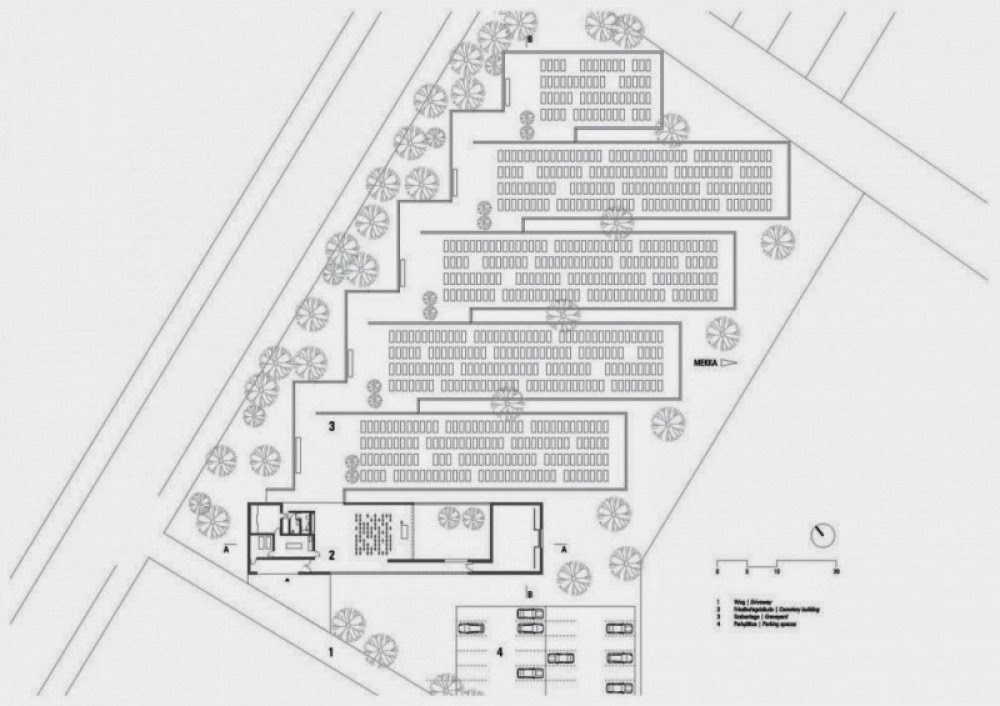 If there is nothing clearly European about the cemetery, neither are there noticeable features that might suggest its quality as urban public space. However, questioning its public condition from the standpoint of secularist requirements would be unjust given the profusion of bell towers in Europe’s squares. The urban-space aspect of the place can also be defended on the basis of its capacity for satisfying the requirements of a very significant minority in the region. Most difficult of all, however, is to exclude it from the idea of Europe. This is not only because, since its very beginnings, Islam has been clearly present in the history of the continent but also – and especially – because increasing numbers of Europeans of a wide range of different origins are contributing towards making plurality one of Europe’s greatest riches.