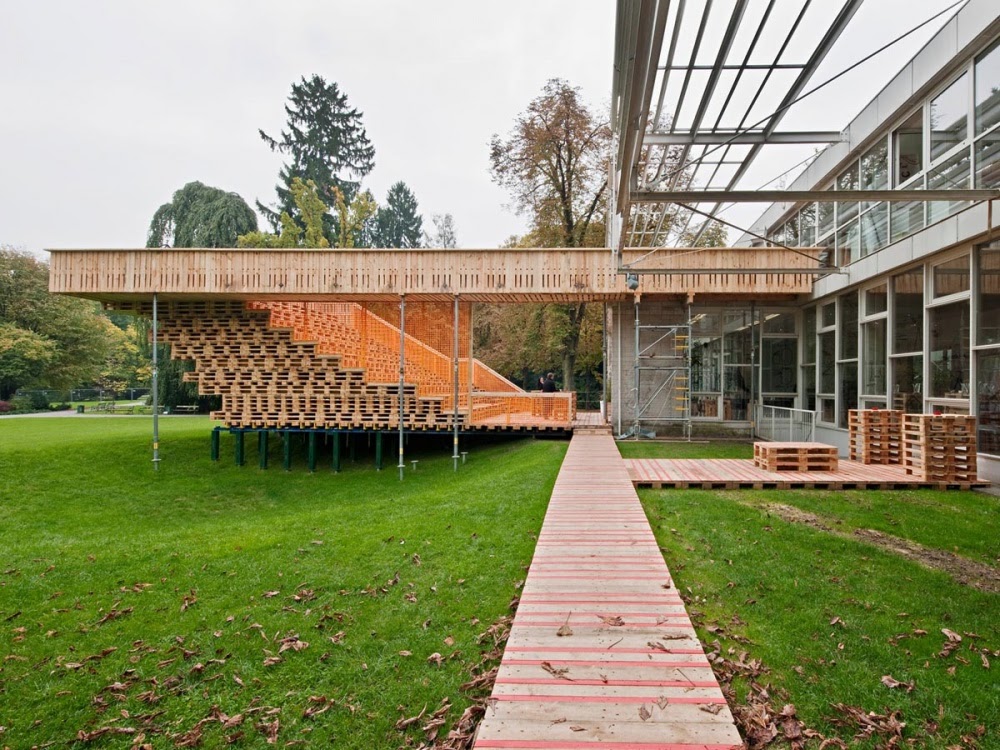 It would be difficult to find a more ideal venue for the Styrian Autumn Festival which, devoted to avant-garde trends in music, theatre, literature and the visual arts, is held in a different part of Graz every year. The Forum Stadtpark was chosen as the venue for the 2010 Festival but the building was too small and it clearly needed new facilities. The aim was to hold a great variety of events over a month, these ranging from circus, multimedia shows, workshops, symposiums, and opera premieres through to contemporary art exhibitions. Artists, intellectuals, journalists and people from all over the world were expected to come and enjoy all these happenings in a relaxed, welcoming setting that would help to break down the commercial barrier that so often separates cultural producers from cultural consumers. 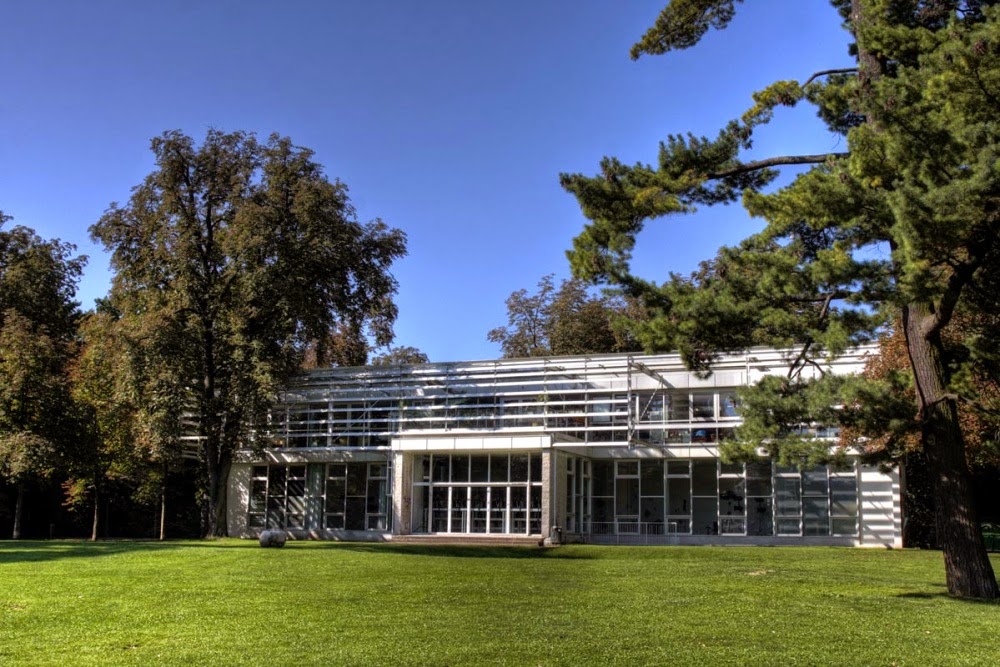 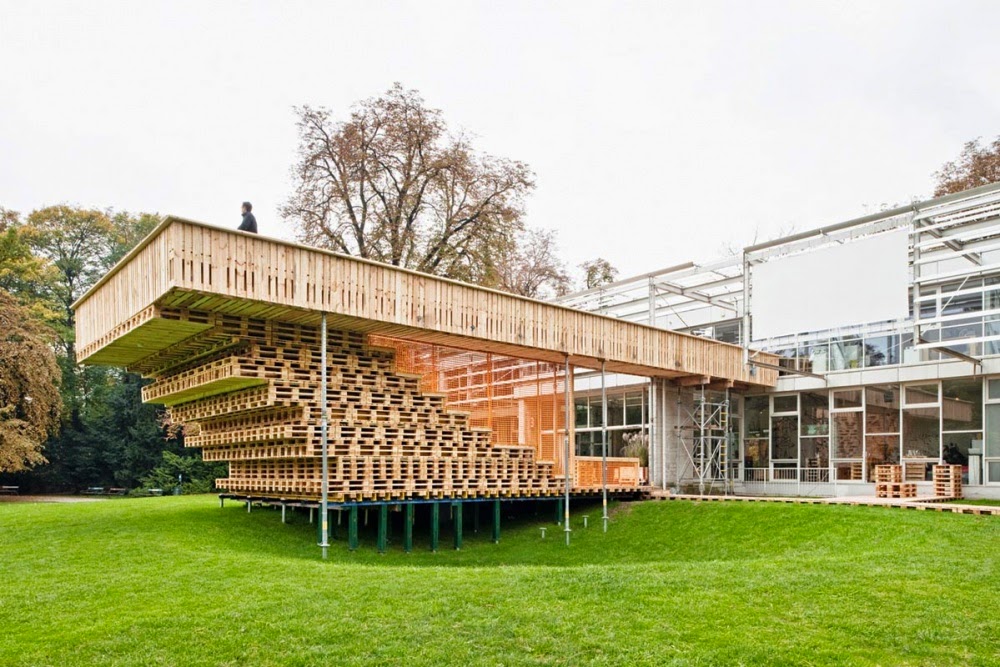 
The Festival promoters hoped to bring to the general public both the spirit of the young people who frequented the place and their cultural contributions. Hence, while they had to charge some admission fee, they aimed to offer very accessible ticket prices. In sum, the economic resources were limited and there wasn’t much time or space but the aims were very ambitious. 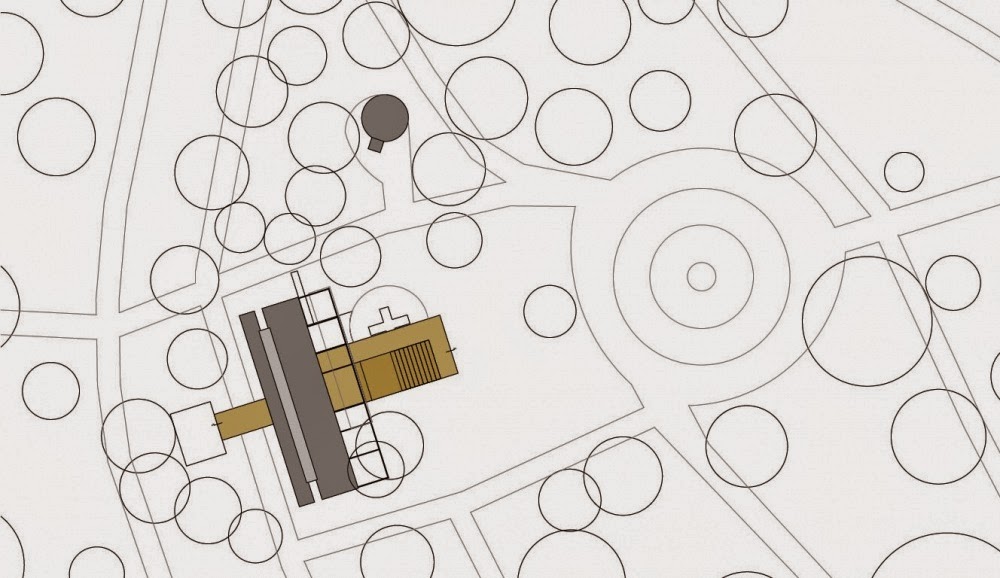 The temporarily refurbished and extended Forum Stadtpark was called “Hochstapler” (Impostor). While it was enigmatic, the name also sought to express the ephemeral and surprising nature of the type of construction that had been chosen since this was based on the use of a product that generally has a very different function. Most of the work was done with Euro-pallets, a simple, commonplace item that is normally used for loading and transporting merchandise. More than five thousand pallets were hired with a view to increasing the building’s usable area by almost two hundred square metres. The standard dimensions of the Euro-pallets, their availability and the possibility of hiring them at a very reasonable price meant that they could be used for a wide range of constructions. 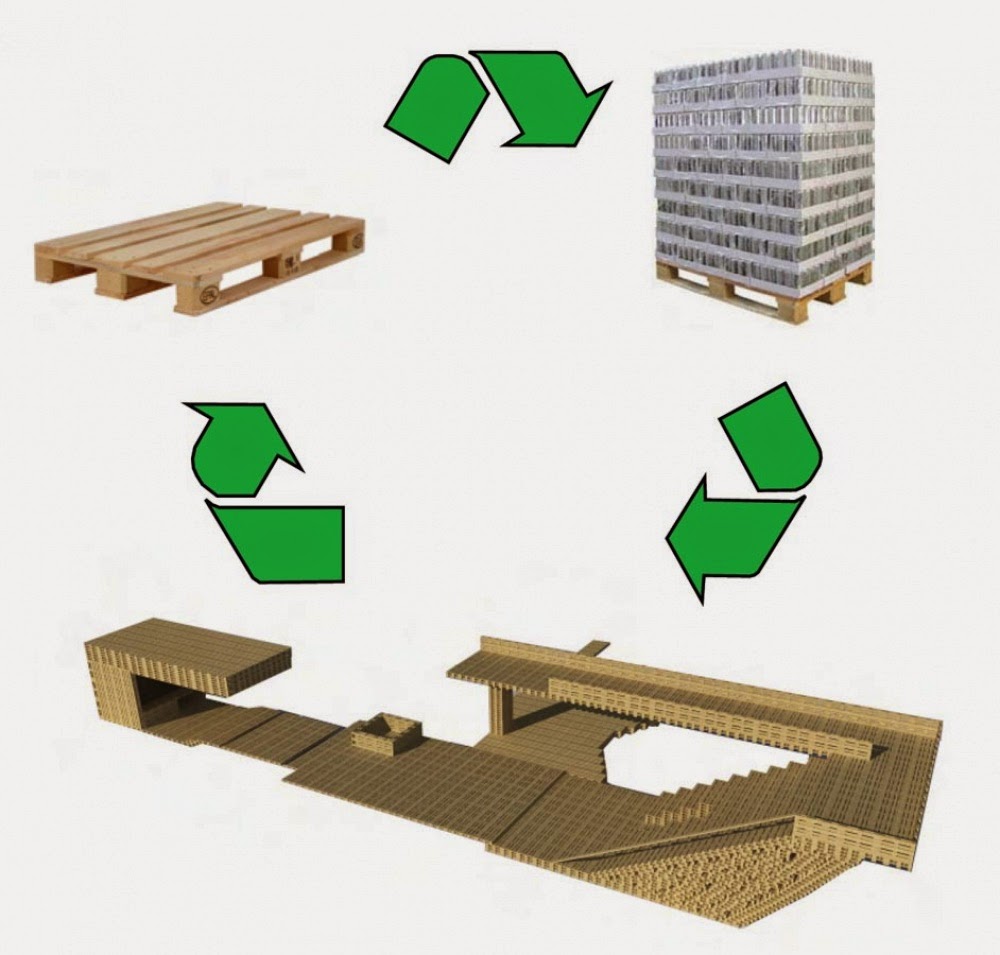 Inside the building, the pallets were used to make tables, counters and planter boxes for the cafeteria. Outside, they shaped a flat deck just before turning into tiered seats rising to first-floor level. At this point, the pallets became horizontal again in order to create a projecting terrace which offered views of the park. A fifteen-metre-long walkway joined the terrace and the upper floor of the building, which has a multi-purpose hall for shows and exhibitions. The projecting terrace and the walkway were supported by hired metal scaffolding material that was as temporary as the pallets. 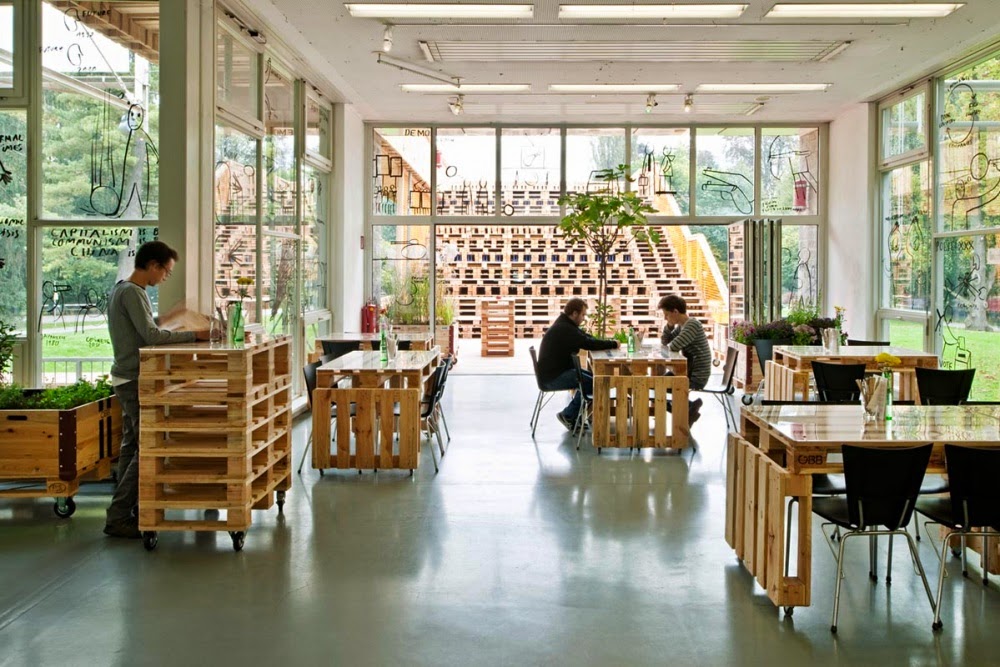 Once the Styrian Autumn Festival had ended, the “Hochstapler” was dismantled without leaving a trace of its presence. Giving cultural value to recycling and temporality, the installation, which was clearly and honestly distinguished from the permanent building it was serving, was erected as a monument to convertibility. The hired pallets went back to fulfilling their usual function, but left behind the experience of a transient, austere construction that was cheerfully aware of its expiry date. 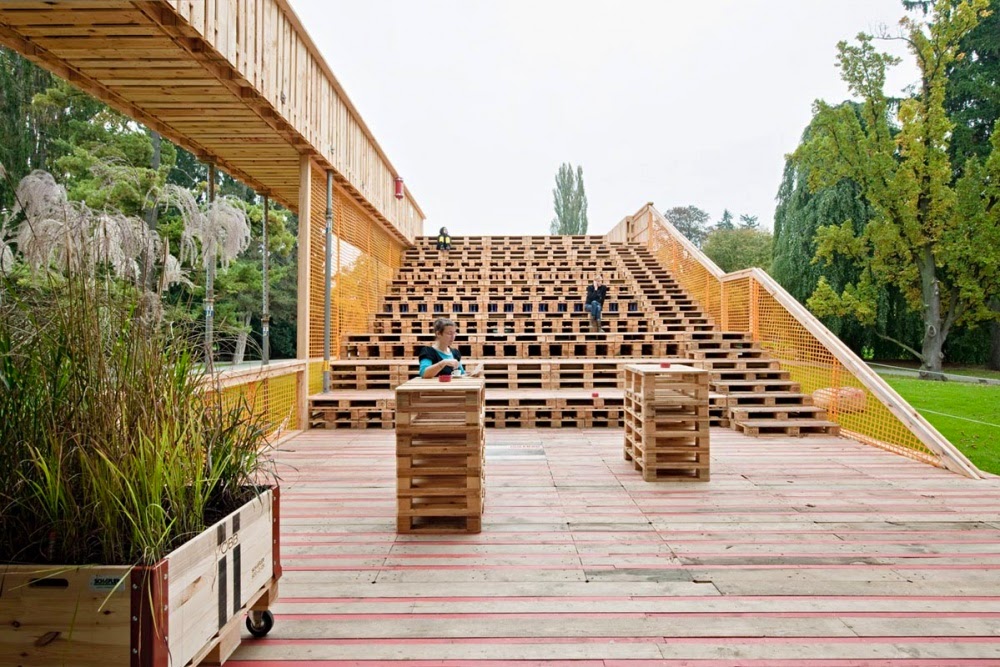 As well as constituting the project as a finished product it also acknowledged the industrial processes that preceded and followed it. Hence, at the end of an epoch of unchecked construction, the “Hochstapler” offers a valuable lesson: good architecture consists in both what is made and what is not made.