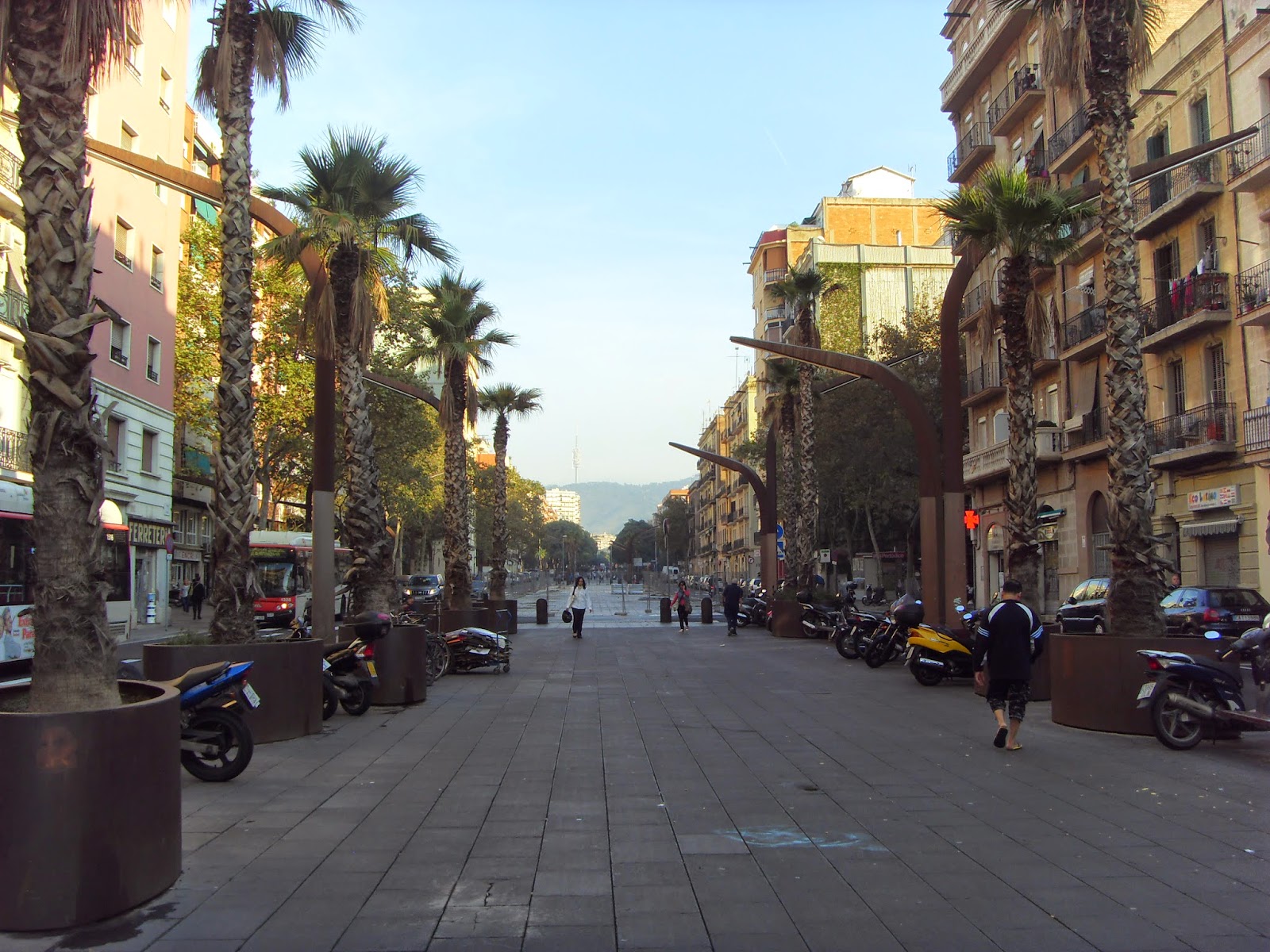 The building of the ring road known as the Cinturó de Ronda was completed at the beginning of the seventies when it was taken through the districts of Les Corts and Sants.

Along the course of its route it adopted different built forms which, in the case of the stretch which runs through Sants and Les Corts, involved setting the central roadway at a lower level than the surrounding streets in order to facilitate the junctions of the cross streets and the passage of the railway and metro lines on Carrer de Badal.

From the outset, vehicles passing through the zone led to high noise levels since the "casing" formed by the roadway below street level created a loud echo. As time went by, the increase in traffic, calculated at 80,000 vehicles every day, brought the problems caused by noise pollution to unbearable levels which were also accompanied by the resulting atmospheric pollution and vibrations caused by speed. 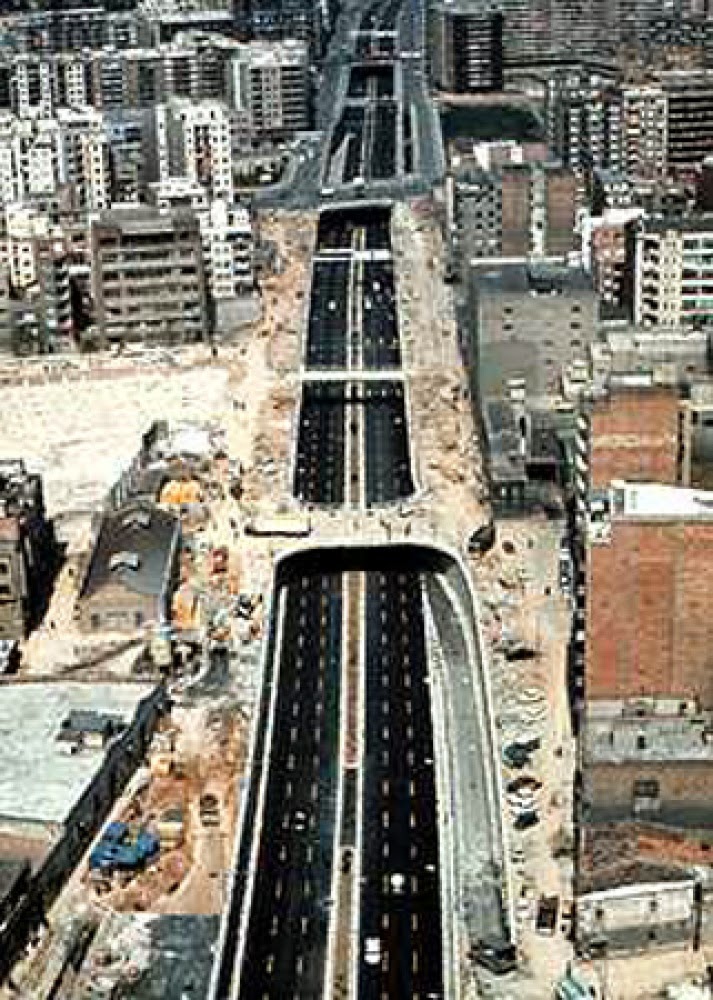 The residents' demands to the municipal council were quite clear: the covering of the Ronda del Mig along the 400-metre-long stretch on the Carrer Brasil, between the Carrer de Sants and Avinguda de Madrid.It was the only way to return to the area acceptable living conditions, to break the isolation of the two sides of the district and gain new public space. When the municipal council outlined the problems of carrying out this intervention, the coordinating committee raised the possibility of building a car park over the ring road in order to reduce the cost of the project and in order to provide parking spaces for the district at the same time. 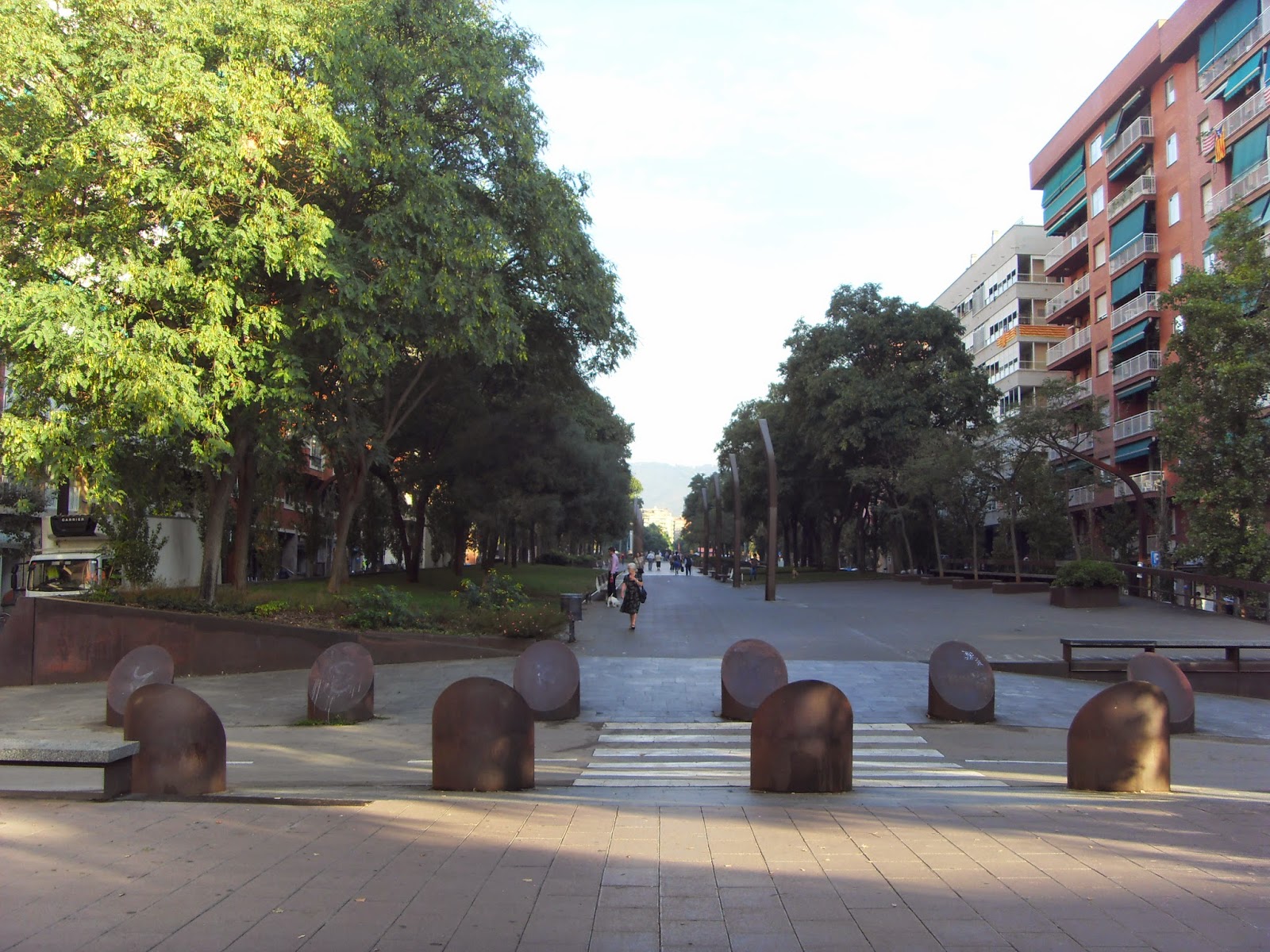 The project began in July 1994 with 60% of the 400 spaces sold. This more than met the basic requirement of the concessionaire SABA -the building of the car park- and, therefore, many of the costs of covering over the road were funded. Once the car park roof had been built over the ring road, the next step was the development of the new public space which had been gained, formed by the surface of the roof and reorganisation of the roadways and side pavements. 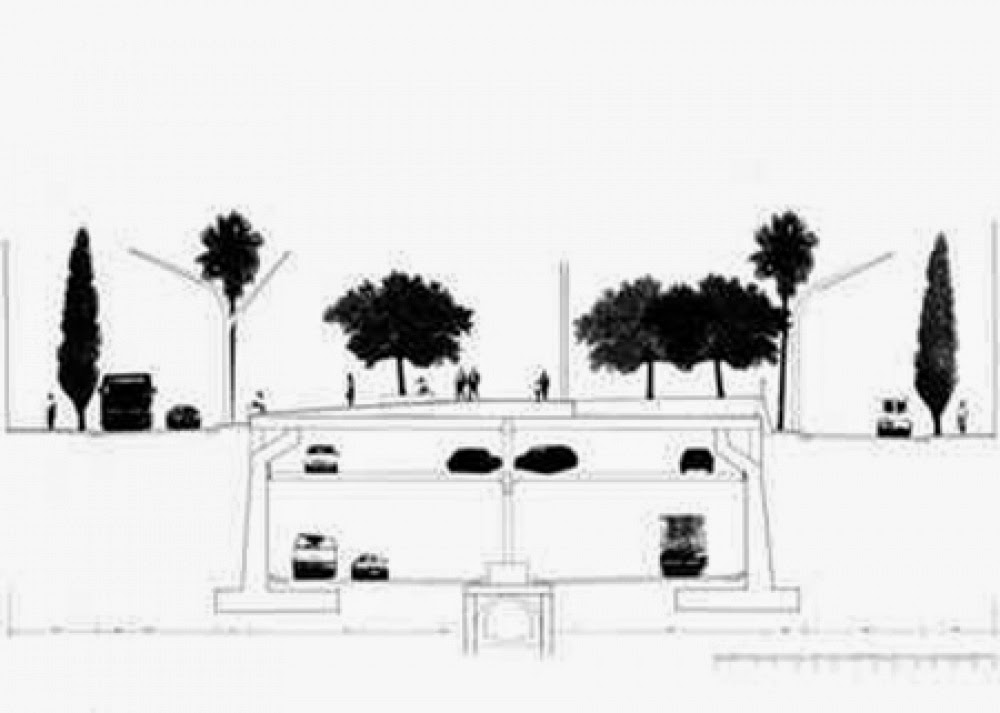 Once the car park roof had been built over the ring road, the next step was the development of the new public space which had been gained, formed by the surface of the roof and reorganisation of the roadways and side pavements.

There can be no doubt that the quality of life around the ring road has improved. The residents' complaints, resulting from the noise, fumes, unease and all kinds of pollution, are a thing of the past. The current walkway provides a true link between the districts, a civic thoroughfare which breaks the former barrier effect caused by the rapid roadway. 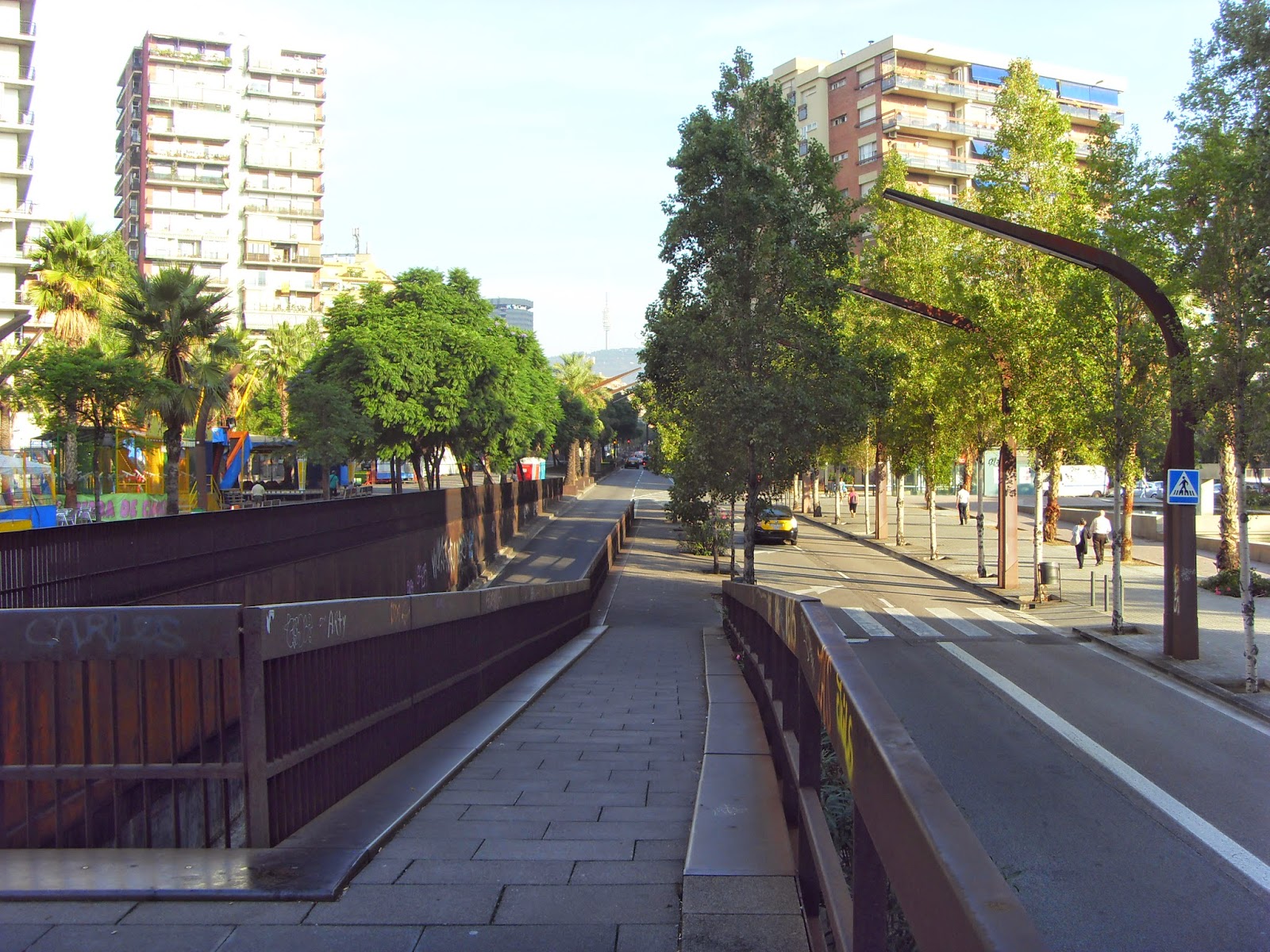 A green space has been gained which has returned to the area its values as a true district where the people go out into the street to spend time there. Furthermore, improved environmental conditions have enabled us to reassess the housing on the site. The building of a car park has removed cars from the street.The intervention is also an example of the participation of the inhabitants. This was able to generate a good understanding between all the agents involved, which fostered the convergence of objectives.

The covering of the ring-road at the Carrer Brasil is only an early stage in the reorganisation of the Ronda del Mig from the Plaça Cerdà to the Avinguda Diagonal. When building work covering the stretches, which continue from the Carrer Brasil (Pavia-Constitució and Av. Madrid-Travessera de les Corts) is completed shortly, the surface of the roadway will be converted into one of the city's longest walkways, which will also make up for the lack of green spaces in this area of Barcelona.